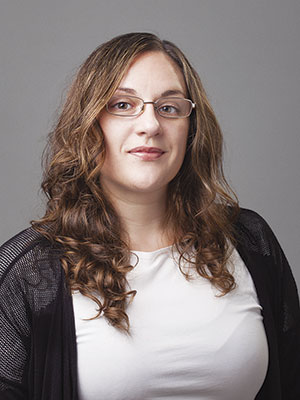 Dr. González-Béjar performed her PhD under the guidance of Prof Julia Pérez Prieto and earned her PhD in Chemistry in 2007 with the highest mark (European Doctorate and Extraordinary Prize) at the University of Valencia (Institute for Molecular Science (ICMol)/Department of Organic Chemistry), thanks to a FPI predoctoral fellowship.

From June 2005 to August 2005 she was working at the Technische Universität München under the supervision of Prof Bach. Then, she got a post-doctoral grant from the Spanish Ministry of Science and Technology to develop new sensors based on quantum dots at the University of Ottawa under the supervision of Prof Scaiano where she continued working as Research Associate for another 2 years.

After that, Dr González-Béjar was awarded with a Juan de la Cierva (JdlC) contract and a Marie Curie Career Integration Grant within the 7th European Community Framework (FP7-PEOPLE-2011-CIG) to support her research within Prof Pérez-Prieto´s group. Dr. González-Béjar held a Ramón y Cajal contract (RyC) at the University of Valencia. Currently, she is Associate Professor at the University of Valencia.
During the last ten years working in physical and organic chemistry laboratories she has been engaged with research mainly based on light-driven applications (photocatalysis, photodynamic therapy, time-resolved applications, etc.). Along this line, she is extremely interested in the field of upconversion nanoparticles and plasmonics.

She has published (>50 papers), book chapters, 1 licensed Patent and given presentations and seminars to nationally and internationally established conferences, workshops and universities; >110).

Since 2007, she has trained and/or co-supervised new group members in Canada and Spain and taught in the Department of Organic Chemistry (Degree) and in the master of Sustainable Chemistry at the University of Valencia.