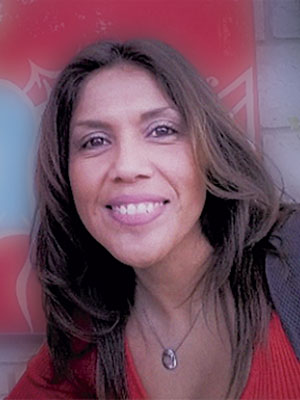 During those years, she has studied photosensibilization processes by aromatic ketones using laser flash photolysis techniques and was involved in the functionalization of photonic crystal fiber with semiconductor nanocrystals.

In 2007, Dr Galian was awarded with a Ramon y Cajal contract and came back to Spain to study the surface chemistry of luminescent CdSe and CdSe/ZnS Quantum Dots for sensing applications.

In 2012, she obtained a Senior Researcher position at UV General Foundation and worked in the preparation of colloidal luminescent nanostructures based on perovskites and novel hybrid nanomaterials.

Since 2017 she has a permanent position at the University of Valencia as Researcher.

Her main interest is the design, synthesis and characterization of emissive semiconductor nanoparticles and multifunctional nanoplatforms for sensing, photocatalysis and electroluminescent applications. In addition, she is also interested in the biocompatibilization of nanoparticles with mesoporous silica shell and biopolymers for photodynamic therapy.

Currently, she is Guess Editor of the Special Issue “Synthesis and applications of nanomaterials based on perovskites” in Nanomaterials Journal.

“Synthesis and Applications of Nanomaterials Based on Perovskites”